In an effort to visually convey the health harms that Coca-Cola unleashes on the body, Fabio Pantoja created an unexpected twist on the otherwise simple, lighthearted logo.

Fabio Pantoja’s  shocking infographic incorporates the various body parts that the soda destroys right with the lettering of the famous logo; for example, there is an eyeball dangling from either end of the “C” and a heart makes up the second “A.”

Take a look at his dark, yet truthful, demonstration of how drinking Coca-Cola is anything but healthy: 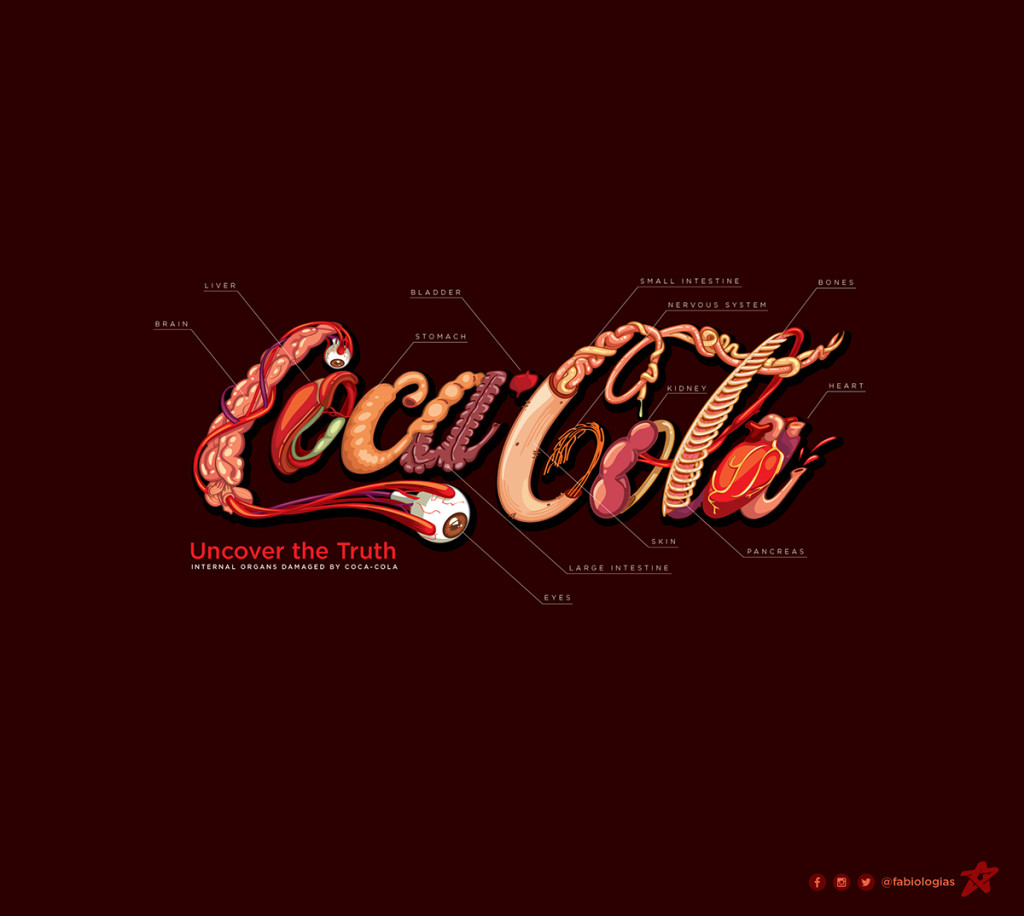 How drinking soda destroys your body

According to a study published in Circulation, the journal of the American Heart Association, it’s been found that drinking soda is associated with an increased risk of developing heart disease. The more you drink, the more you increase your odds of cardiovascular problems down the road. And diet sodas are just as harmful; everything from stroke and fatal heart attacks are linked to excessive consumption of diet sodas. 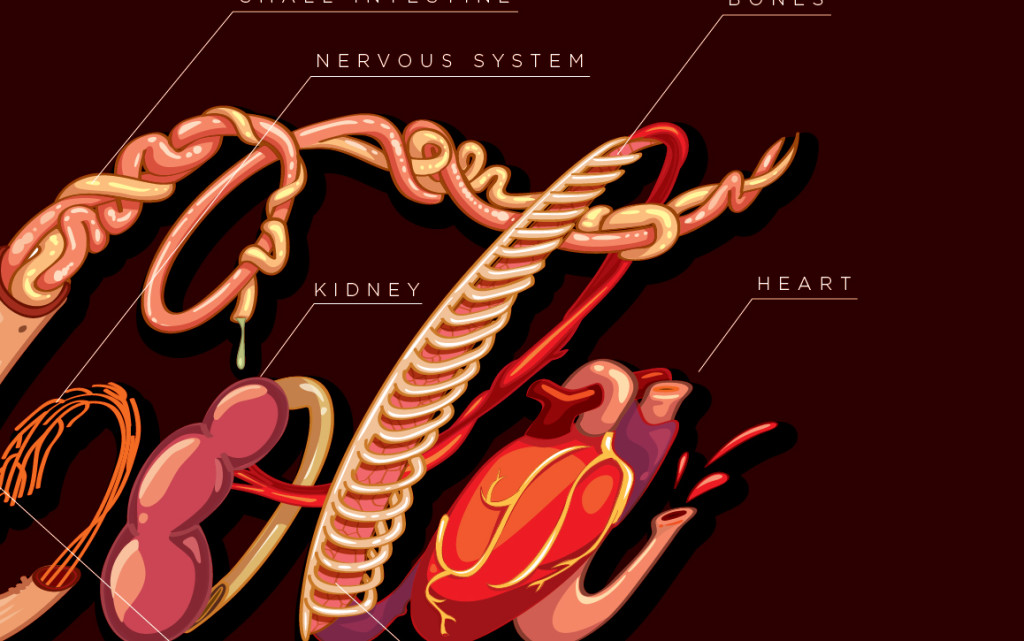 It’s been noted that, in patients with Multiple Sclerosis, when they stopped drinking diet soda, problems with their vision and even their hearing improved. The artificial sweeteners which are used in these zero- or low-calorie drinks offer no nutritional value and have been linked to everything from altering eye health to causing memory loss.(5)

Research has shown that drinking both regular soda and diet soda increases the chances of developing osteoporosis. Soda consumption has been found to diminish women’s bone mineral density, especially in their hips.(4)

Drinking soda can irritate your stomach to the point of creating or worsening ulcers. It can also lead to esophageal problems in which phosphoric acid rises in the stomach and produces discomfort typically known as acid reflux or heartburn. All of the wear and tear to your stomach lining and esophagus is damaging and can put you that much closer to developing related cancers.

Too much soda is known to prevent skin from maintaining its supple texture. It dries it out, clogs pores and alters skin’s natural moisturizing oils so that they don’t work properly. Rather than having soft, healthy skin, skin takes on an aged, unhealthy appearance. 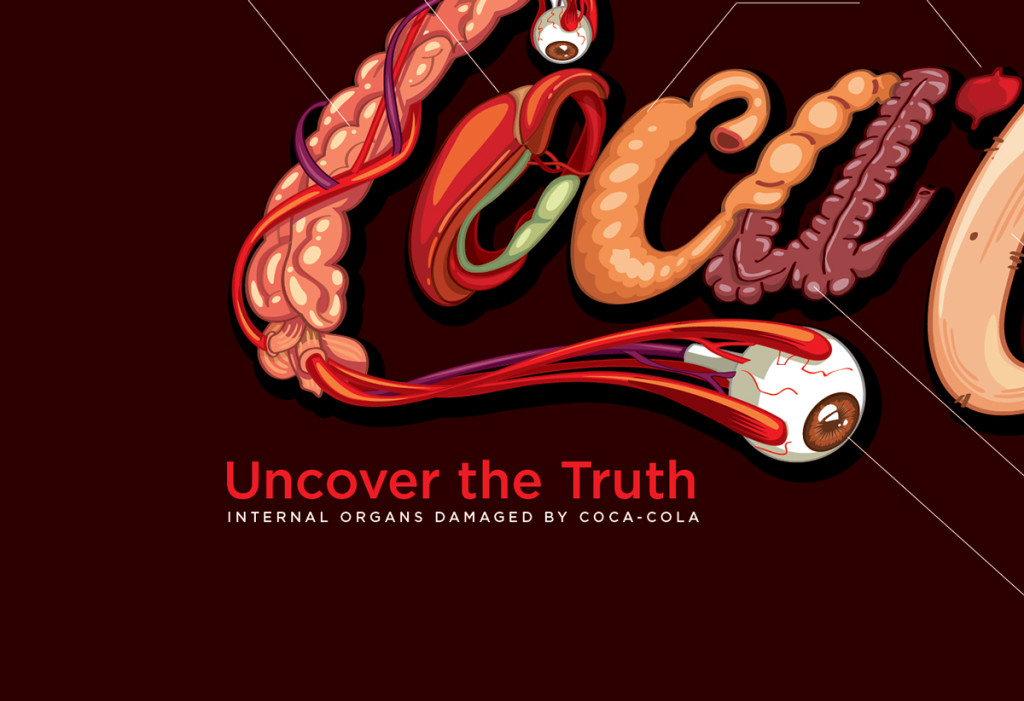 Soda – both diet and regular – are known to lead to obesity, which of course is one factor behind developing diabetes. Regular sodas are brimming with sugar, while diet sodas contain artificial sweeteners which have been shown to increase appetites, rather than keep them at bay, and lead to overeating.

We applaud Pantoja’s eye-opening design. His design tells it like it is: Drinking soda eats at your insides, destroys your body and unleashes chaos on your organs. Avoid soda at all costs!

Source for this article: